Format has gone out the window this month. Previous Progress Reports have been goal-focused, but this month, I’ve found one unique theme has shone through everything else.

That is: the development of my voice in EVE.

What do I mean by voice? Well, two things, actually.

First, my actual voice. As most readers will know, in EVE Online, taking leadership positions (in my case, the position of an FC and alliance leader) requires frequent usage of your voice.

This has led to smoother speech, for one. Generally my thoughts hold me back; my brain intervenes when I’m mid-sentence because it figures out something better to say, or worse, it tells me there is a flaw in what I’m saying, and I try to change course right there and… well… it’s no good.

These days I find I am better at starting off my talking knowing what to say and how to say it. It’s less difficult to talk, in general. There isn’t significant improvement as in I haven’t gone from mute to the most arousing public speaker in the whole cluster, but it’s there, and I do notice it.

EVE has changed me. As nerdy as it may sound… it’s probably true.

You see, the less you use your voice, the harder it is to begin talking, and the vicious cycle essentially renders one comfortable just sitting back and listening. This was me.

I am typically the quiet guy, reserving my input for critical moments, or when I am directly addressed. Recently though, I have been speaking without being prompted to. Whether or not this is to the annoyance of those I talk to, I do not know yet.

This has become most apparent at EveDownUnder. Maybe its because the Aussie community is so friendly but I have never managed to speak to so many different people before. Usually I find some guys who look friendly and stick with them but I felt like a real social butterfly hopping around and talking to anyone I could. EVEN SO, I must add that I didn’t talk to everyone, so I’m still getting there. In my defense though, I didn’t make it to the pub crawl NOR the Friday night introduction this year though, so the two parts of the event designed for players to mingle, I missed. -sadface- Next year I will endeavour for things to be different. 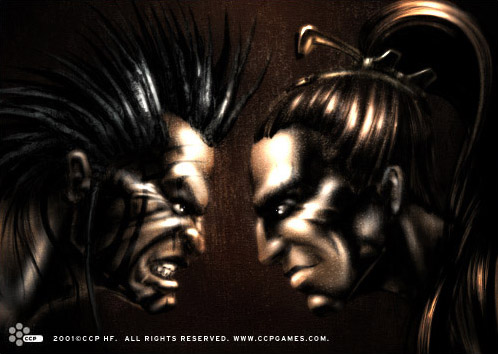 Secondly, I’ve noticed development of an independent voice. I was always my own thinker, but typically I’ve found that when I am confronted with  an opinions I disagree with, I have never voiced my disapproval, criticisms or feedback. I kept what I thought to myself. On the exterior, I uttered nothing but neutral comments, or worse, encouragement. I appeared to approve things that, inside, I didn’t believe in.

Things have changed though, and two days ago, I realised just how far I can go these days to project my own opinion.

Let me set the scene. Just before I left for EDU, there was a little drama happening with the alliance. A corporation we wanted in our alliance didn’t want to join; they just wanted blue standings.

I personally was totally happy with this, but apparently some others weren’t. One thing led to another, arguments happened, and a mercenary corporation was hired to wardec this corporation.

I left for EDU shortly after, and upon return, the wardec was still active (so it had been renewed), relationships with the lone corporation were extremely strained, and all attempts to talk to the leaders about it led to mixed responses. Apparently, one member of our leadership wanted an apology from the corporation due to an argument that escalated personally, and another told me it was fine to be friendly with them when I asked.

I was a little angry because I liked that corporation even if they did not get directly involved with the alliance. I was mostly disorientated though, having returned from a week-long break to this. Usually I would turn a blind eye and just let things turn out how they would. This time, perhaps fatefully, I chose differently. I got involved. I approached the mercenary corporation myself without discussing it with the alliance leadership and requested they end the wardec.

A few days later, I was approached by the other leaders. I was accused of 1) acting behind their backs and 2) abusing my authority as a part of alliance leadership. Imogen’s roles as finance manager of the alliance were revoked.

Well, that escalated quickly. However, upon further reflection, perhaps both of those points were true. I wonder about them, though, because I am never usually the person that would do such things. Why did I go against the leadership?

There was conflict. I did not want the alliance heading down the direction that apparently the others did. I am skipping out on lots of details and nuances about this whole affair in this post by simplifying this, but it came down to two differing ideas.

A pirate alliance should be able to shoot as many people as possible, without being dicks about it.

Enemies can be frenemies, we can laugh about fights we had, share fits and feedback.

Allies can be friends just on chat and don’t have to be in the alliance.

A pirate alliance must exude power, and cannot show any sign of weakness. Weakness is purged, image of strength is reinforced.

Enemies must be crushed. If someone is being extremely hostile to us, we do whatever is within our power to utterly end them.

Allies are strictly regulated and must be close-knit.

They’ve told me this before, and whilst I love the projection of strength, they way they wanted to go about it made me doubtful. We can’t operate like that, and I don’t know if they see it yet.

Players are what keeps games alive. If our goal is to rise to power by leaving oceans of blood in our wake without cleaning up after ourselves or righting our mistakes, it will lead to a destructive force, and not in a good way. We will end up hurting other players not through shooting ships which I am all for, but their will to play games.

Right there, when it comes to the point where our actions are directly causing other players to lose interest in EVE, that is where I draw the line. And I argued about it. I lost my financial managing role arguing for it. I’ll say now, it felt liberating. I have let people drag me across lines I drew before, but this time I stood my ground.

Some of you may be wondering, does this mean I’m going to ditch the alliance? If they throw me out, then I will soar through the air gracefully. But as serious as I may make this sound in this post, it was only a minor incident. I can now fully focus my attention on FCing and training new FCs for the alliance (someone recently approached me with a training request, I was pretty happy about that). I still have pilots who will fly under me, and whilst there is that, I will never abandon them.

The important thing that I want to remember from November YC 116 (2014) is that I found that I could use my voice. Conformity is comfortable, but I do not believe that comfort is as satisfying as being able to stand up for my own ideals.

Whether this independence leads to glory or ruin, we shall see.

I'm just a poor boy, but I'd like some commentary~ Cancel reply

Follow Taking wing – An EVE Online Blog, with other things sprinkled on top. on WordPress.com

Its knack lies in learning to throw yourself at the ground and miss. – D. Adams

Think EVE is for you?

Click here to begin your own space adventure :D
More details in the About page.

When the going gets tough, the tough go scouting

A Missioneer in Eve

Because that is how it starts

Tales of pew pew in #eveonline